Tuni Harrison was an infant with Down Syndrome who had been found abandoned under a bush, hours away from Kolkata. Unable to find another facility for her, the West Bengal Child Welfare Committee visited ShishurSevay requesting that we take her as well as another severely ill child, Masum (the child in the dance pictured on the cover of this report). However, Tuni also had a severe congenital heart condition often found with Down Syndrome. In spite of our care, including ongoing oxygen at home, surgery at a private multi-specialty hospital, and a renowned cardiac team, she did not survive. In her short life, however, she received the essence of what ShishurSevay does. She came nameless, Baby Tuni, and she died with a name. She came alone but died with a home, a mother, sisters, aunties, and uncles who loved her. She was buried with the full Hindu rites given to an infant and we bathed in the Ganges as we sent her back to be with her Gods.

“Having a foundation of inclusion that permeates social interactions, learning, living a recreation is part of what makes ShishurSevay unique. They are an inclusive school in a part of the world where many may think would be impossible." 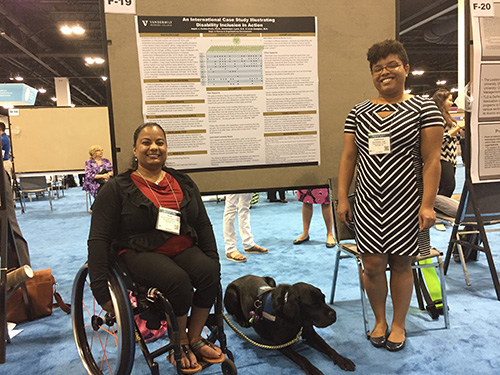 The Idea – De-institutionalization of orphan and disabled children and creation of inclusive family style group homes. Shishur Sevay is the best practices model of inclusive non-institutional care for lost and abandoned girls, some with profound disabilities, all of whom had already been rejected for adoption.